They met in the garden and fell in love
And sang joyfully together
Wind and water, chime and flute

It is an honor and a delight to be a region sponsor for Fantasy Faire 2019, open through 5 May in Second Life. For many of us who participate in the Faire, this annual event benefiting Relay for Life for the American Cancer Society is one of the most meaningful things we do in our virtual world. It has been my goal for years to be able to sponsor a region, and I am especially happy that Spyralle is sponsoring Urafiki, the home of One Team, a consortium of RFL teams working together in partnership with the Faire.  Fantasy Faire has already raised over $60,000 USD this year, and it is not over yet!  You can find out more about Fantasy Faire here.

It is also a joy to be one of the designers creating a Worldling, a “postcard” version of a Fantasy Faire world that might come to be in the future. My Worldling is called Song of Memory. The story is quoted above. You can see at in the Worldling Cradle at the Fairelands Junction.

My Song of Memory story is the inspiration for the Glass Harp and the Crystal Heart Arch, Spyralle’s new Fantasy Faire exclusives, sold to benefit Relay for Life.  The Worldling also includes the spiral trees from Spyralle’s ongoing Glass Garden project, first seen in my art build at last year’s SL Birthday celebration. These are now for sale for the first time, available singly or as a set.  Also available for the first time are the iridescent Glass Topiaries, which also appeared at SL15B.

All of Spyralle’s Fantasy Faire offerings can be found in our shop in the Midas sim of the Faire, designed by Alia Baroque and sponsored by Fallen Gods, Inc. It is a fantastic place – like walking in a dream – which is true of every Fantasy Faire region. I urge you to go, explore, walk these dreams, and donate if you can. Thank you for supporting Relay for Life! 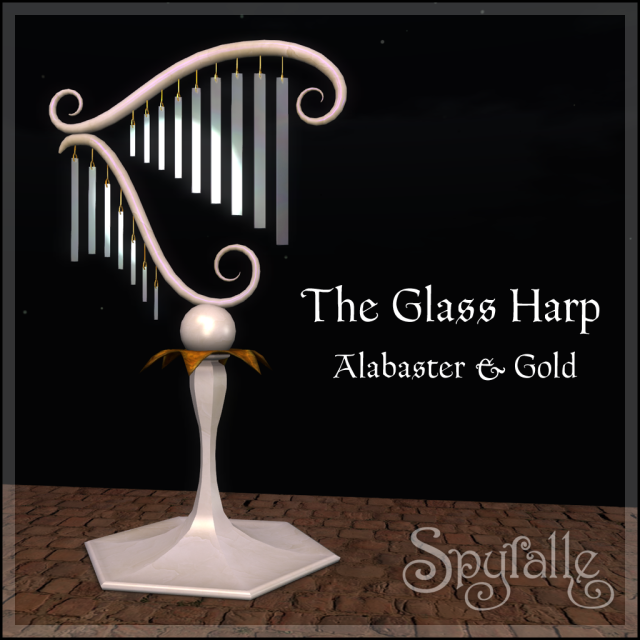 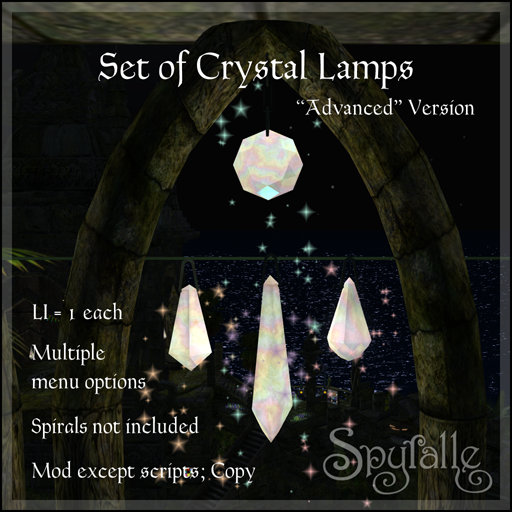 Spyralle Set of Crystal Lamps – Menu Version. These have more options than the basic lamps that come with the Spiral Trees. 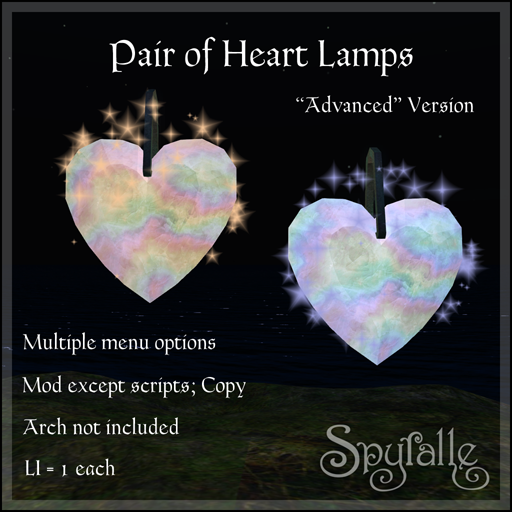 Spyralle Pair of Heart Lamps – Menu Version. This version has more options than the hearts that come with the arch. Available separately.